The World of Real Things 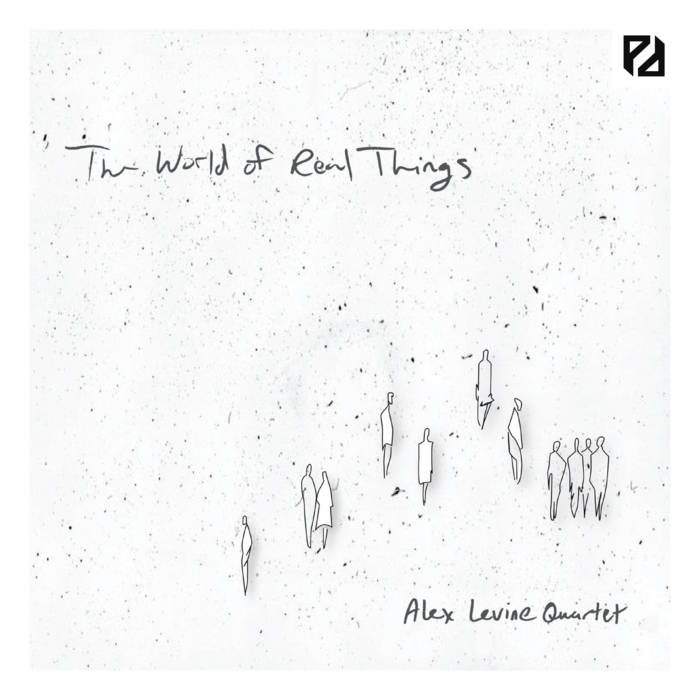 My intention for this project was both to continue developing the musical camaraderie between myself, Marcus Elliot, Ben Rolston, and Stephen Boegehold, and to dive deeper into a reflective state on individuals and events in my life.

The core of this album is music that was composed specifically for each member of the band. It was written not only to highlight musical tendencies or aesthetic preferences of each musician, but to embody them in sound. I approached each composition as a process; first contemplating and writing about the qualities and spirit of each person, then generating and shaping musical ideas into forms that could be used as vehicles for improvisation. I did not intend to create a fixed image but a responsive world that could be formed spontaneously in each performance.

Earth is an Alien Refuge was written for Ben Rolston who is a grounded person that can achieve extraterrestrial sounds on the bass. In any musical or professional setting, Ben is particularly good at keeping a holistic view of the situation, like an alien surveying a planet from afar.

Sensitive Skeptic was written for Stephen Boegehold. The title refers to his persistent and unquenchable search for concrete answers. I can tend towards vagueness, and Stephen consistently challenges me to strive for greater musical and personal clarity.

Recurring Dialogue was written for Marcus Elliot and alludes to our regular conversations to check in about our respective musical and artistic development and projects, and to discuss issues in our community and personal lives.

There is Beauty in the Struggle was written for Geri Allen on the day of her death.

Tracks In Open Air was written on a train traveling through a mountain pass.

Steam was written while I was getting into Henry Threadgill’s Very Very Circus.

Through a Hallway is an improvised solo guitar passage.

Still There, Under a Foot of Silent Snow is a recapitulation and reframing of Tracks in Open Air.

This album is meant to be heard continuously from beginning to end. I hope that some of you take the opportunity to experience the music uninterrupted in an undistracted place. Thank you so much.

Bandcamp Daily  your guide to the world of Bandcamp